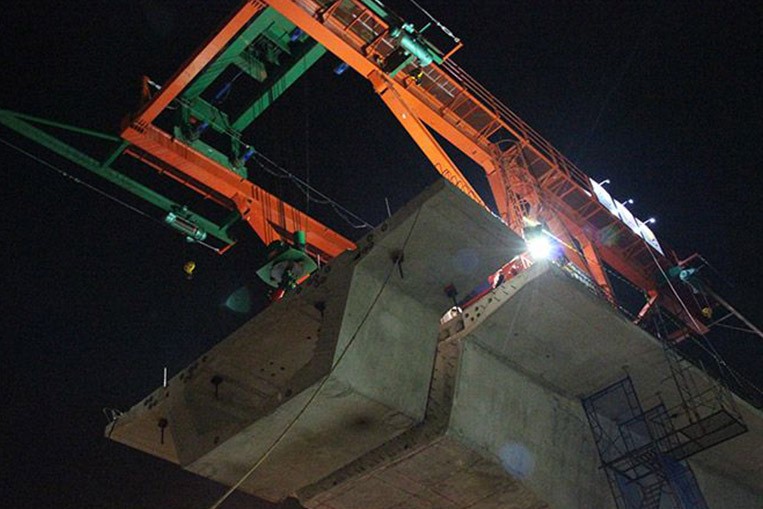 Jakarta, August 31, 2015 - Included in the series Working Meeting II in 2015, the participants Raker especially the Project Manager of all projects Abipraya working visit, study visits to projects Fly Over STS (Simpang Tak piece) Permata Hijau on August 26, 2015. Located at the crossing Permata Hijau, South Jakarta, a project which began working in 2014, and is often praised for its progress very rapidly above the target.
With a 533 meter long main bridge, a bridge to the Permata Hijau 80 meters and 80.2 meters Patal Senayan side, at the end of July, the progress of construction has reached 56%, much faster than the target set at 35%.

Arriving at the location of the night 20:00 pm, greeted by the project team led by Dody Perbawanto, Project Manager of STS Permata Hijau. Before touring the project, the group was given the brief Safety Induction by one of HSE (Health Safety Environment) project in order to always remain vigilant and cautious at the location.
In this working visit Dody Perbawanto explain and demonstrate craftsmanship Box Girder Erection that using balanced cantilever method using a special lifting frame.
"Essentially the same as the regular use of the lifting frame only difference is the method of taking / staffing box girder from behind from the front so hopefully using this tool does not interfere with traffic and the railway line that was underneath," said Dody.