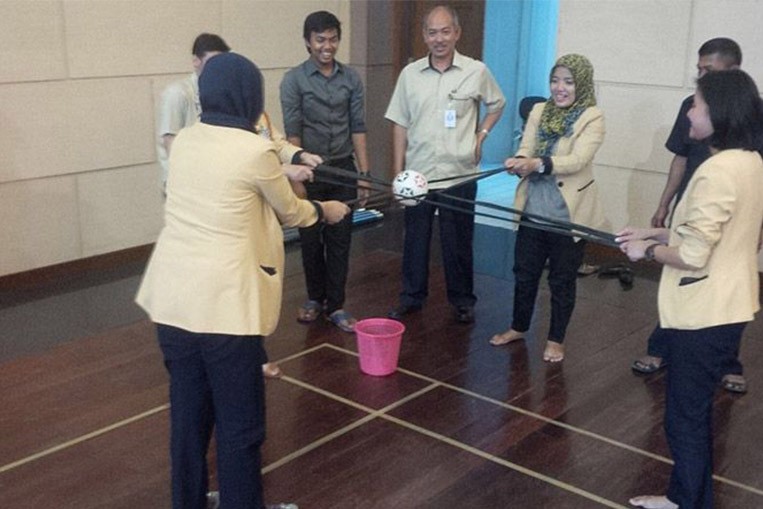 Jakarta, November 10, 2015 - By the age of 35 years, PT Brantas Abipraya to share the joy of the Insan Abipraya. Starting from the 26th, 29th, 30th October, and subsequently forwarded to the futsal match between Insan Abipraya. Aims to strengthen the cohesiveness, internal competition is not only followed the youth, but also not closed to the Abipraya more senior personnel.

Internal Competition presented is put the ball into the basket with a rope, dropping a plastic cup with water balloons, a blind snake, issue a ping-pong balls out of a tissue box, move the ping-pong ball with a straw and a bottle of aqua merobohan to swing a tennis ball. Gift has been prepared and millions of rupiah in cash to the winners.