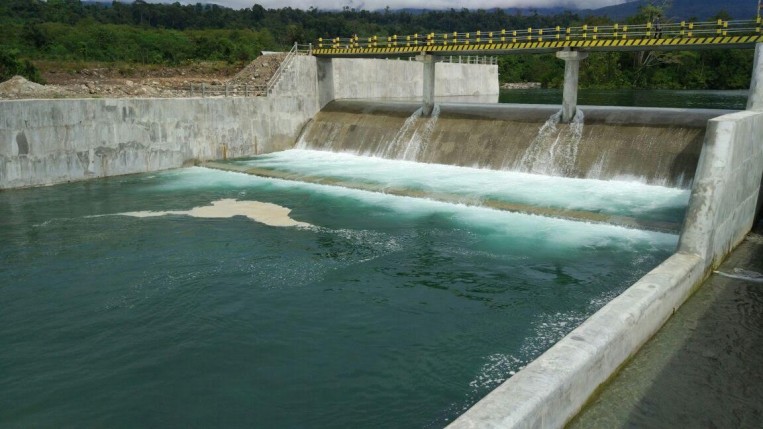 Bengkulu, May 16, 2017 - PT Brantas Abipraya (Persero), a state-owned construction industry company through its subsidiary PT Brantas Energi, inaugurated the operation of the first Microhydro Power Plant of PT Sahung Brantas Energi, a SPC Brantas Abipraya company in Bengkulu. Named PLTM Padang Guci, this PLTM has a capacity of 3x2 MW and built in the village of Bungin Tambun III by utilizing the swift flow of the river Padang Guci.

"Thank God as of April 14, 2017 this PLTM has been operating with commercial status," said Sutjipto, as the President Director of Brantas Energi.

Reinforcing the explanation, April 20, 2017 and the signing of COD (Commercial Operation Date) by PT PLN S2JB Region and PT Sahung Brantas Energi has been implemented. It is expected that these power plants provide benefits for citizens while increasing productivity.

"PLTM Padang Guci is expected to be a solution for people in Bengkulu which until now still lack of electricity supply," added Sutjipto.

After successfully completing PLTS Gorontalo 2 MWP capacity, in order to support the 35,000 MW Plant Development program proclaimed by President Joko Widodo, this project is expected to become a milestone and the Company's contribution to renewable energy (EBT) development which is the Government's commitment.

Sutjipto further said, in the year 2017 will be planned to begin construction of PLTM Padang Guci 2 with a capacity of 2x3, 5 MW located in Hulu Padang Guci currently operating. In the future, Brantas Energi can continue to develop environmentally friendly renewable energy through PLTA, PLTM or PLTS to optimize as much as possible the material available in Indonesia.

"We are optimistic PLTM Padang Guci can supply electricity needs in the area around Bengkulu. This achievement also becomes one of the proof of Brantas Abipraya's commitment in building electricity infrastructure in Indonesia, "Sutjipto concluded.