QUALIFIED FOR ACHIEVEMENT CONTRACT PERFORMANCE IN 2015 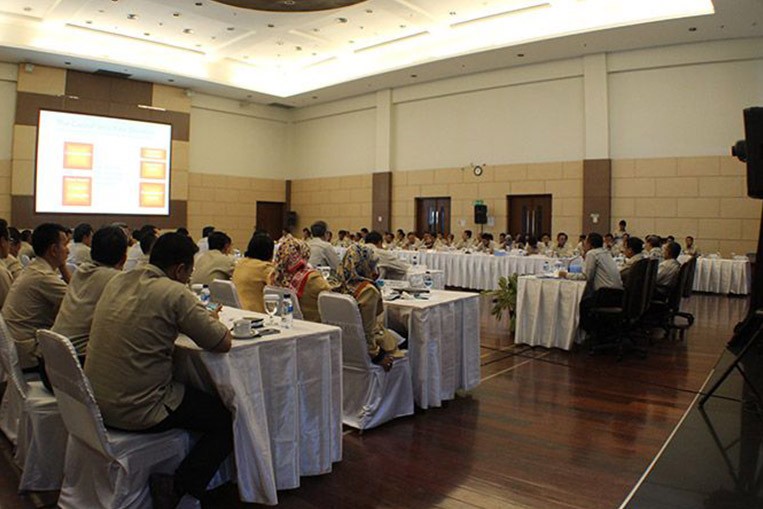 Jakarta, January 31, 2015 - PT Brantas Abipraya (Persero) held a Working Meeting (Raker) II 2015 on 25 August to 27 August 2015. The meeting, which was held in the Multipurpose Room 6th floor of the Head Office are a forum for the midterm review of the achievement of the first half performance I. In his speech, President Director of PT Brantas Abipraya, Bambang E. Marsono invites all levels of personnel Abipraya to do introspection and evaluation of performance in order to work better in the future. Meanwhile Commissioner, Haryadi urges that all parties to establish and improve quality in order to continue to strengthen its position as one of the reliable construction company in Indonesia. The whole range was asked to constantly innovate and specific strategies to achieve company targets this year.

Meeting participants coming from all areas of the Company are determined to secure the Company's target, with the yield prognosis exceeded the target RKAP 2015. In addition to the main event, participants were also provided with the knowledge of a publicly-Listed Company submitted by Saka Abadi, former Senior Researcher and Head of Division communications Companies in Indonesia Stock Exchange from the year 1997-2008, in preparation for the company to hold an IPO next year.