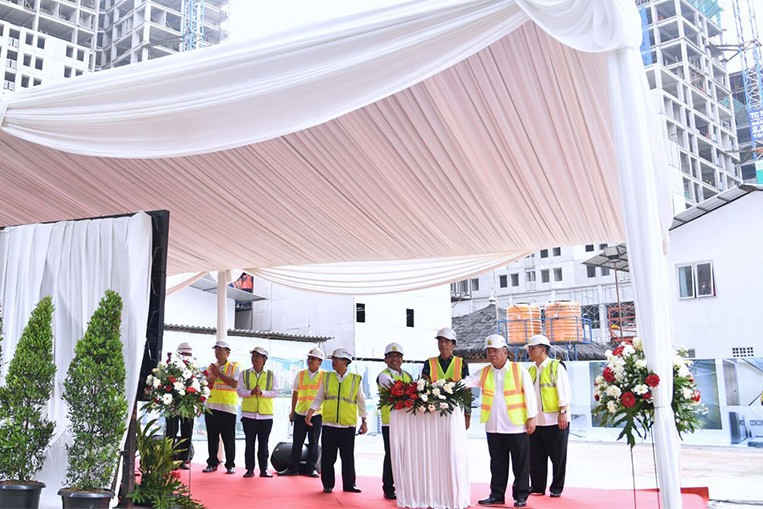 "Progress of the project development is faster, now the progress already realized 41.79 percent of the plan that is 36.24 per cent. We are optimistic that the construction will be completed on time and ready for the Games starts," said President Director of PT Brantas Abipraya (Persero), Bambang E Marsono, on the sidelines of topping off.

Not without reason, he added, as a state-owned construction company, Brantas Abipraya as contractor of Homestead Athletes Project C2 tower 1 and 3 is as high as 18 floors, will be the residence of the Asian Games athletes and officials during the event takes place.

"In accordance with the company motto, Spirit for Giving the Best, Abipraya will present comfort for the athletes in the dwelling amounted to 524 units per tower her," Bambang added.

Not only do the topping off, the President and Menpupra, Youth and Sports Minister Imam Nahrawi State Secretary Pratikno, review the conditions of miniature Homestead Athletes

In an occupancy of 36 square meters, consists of two bedrooms, one bathroom, a kitchen, a living room. Later, after the implementation of the 2018 Asian Games, this building will be used as a shelter for the inhabitants of the lower middle classes in Jakarta.

"Through this vertical housing development projects, Abipraya continue to be committed to build the country and hopes to be known more widely in the construction world Asia," said Bambang.