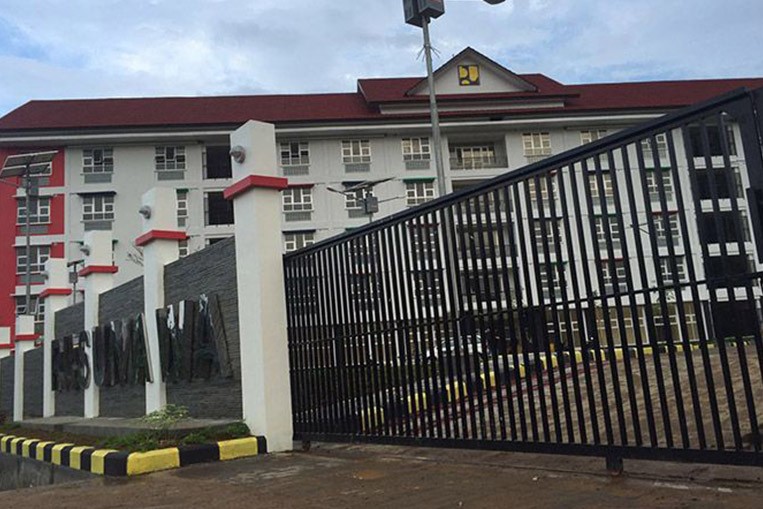 Semarang - simple Flats Rent (Rusunawa) in the area of ​​Ungaran, Semarang, Central Java (Central Java), carried out by PT Brantas Abipraya (Persero) or commonly known as Abipraya, as a construction contractor, has been ready for occupation.
Rusunawa was inaugurated by the Minister of Public Works and Public Housing (Menpupera), Basuki Hadimuljono, accompanied by Minister of State, M. Rini Soemarno. This storied Rusunawa, formally occupied by the workers in the industrial area around Ungaran, Semarang, Central Java.

President Director of PT Brantas Abipraya (Persero), Bambang E. Marsono said the newly inaugurated Rusunawa is situated in the area of ​​Semarang District Government, consisting of two towers with 24 types (104 rooms) and type 36 with a total of 68 rooms.
While one tower in the region Semarang city government, has only one type that is type 24 with 104 rooms. No responsibility, the whole building was also constructed vertical rusunawa composed of five floors.
"Type Rusunawa 24, every room has a capacity of 2-4 people. As for the building type 36, can seat 2-6 people," Bambang added.

Rusunawa development, Bambang said, was a follow up of the President's plan that has launched a program Jokowi Million Houses in Indonesia to stay low-income workers. Thus, he continued, the chosen location shall preferably be around the industrial area.
"Being one of the 14 provinces which became the location of the construction of 10,000 Rusunawa, Abipraya hope Rusunawa we built this helps the workers particularly Low-Income Communities (MBR) to improve their welfare," Bambang added.