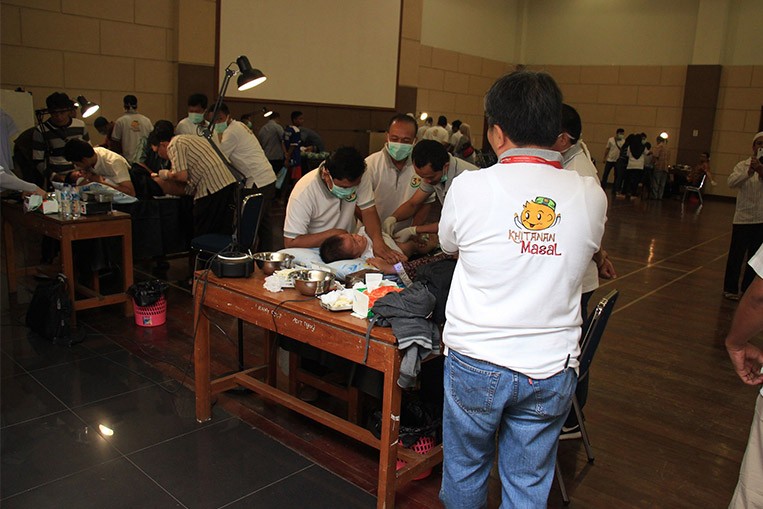 Jakarta, December 18th, 2016 - At the end of the year PT Brantas Abipraya (Persero) held a mass circumcision at Abipraya’s Head Office located in Cawang. As one of the Corporate Social Responsibility (CSR) event and part of the anniversary Abipraya 36th year, circumcisions this year followed by 138 children in Jakarta.

"We held in two places, today in Jakarta we limit 138 children and plans in Malang on 24 December with participants 50 children," said Dynna Tiara Kamil-Corporate Secretary of PT Brantas Abipraya.

'' This is a form of our devotion to the country, helping people around who are less able to embrace them, especially around our Head Office, "added Dynna.

Eleven doctors who deal with mass circumcision this time saying that in the event of various funny behavior shown by the participants of the mass circumcision. Not only expressing their fears, some children actually bubbling with laughter and excitement expression bercada because getting many gifts after circumcision.

Brantas Abipraya expect mass circumcision activities can provide benefits to the community, especially for those who are truly in need.