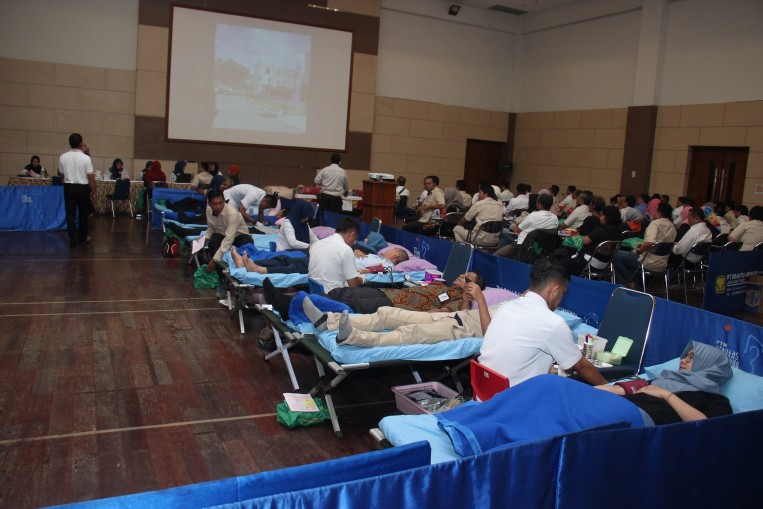 Jakarta, May 10, 2017 - PT Brantas Abipraya (Persero) held a blood donation at the Function Room 6th floor, Brantas Abipraya Building. In this social activity Abipraya managed to collect as many as 134 bags of blood from a total of 194 potential donors.

This is reinforced by the theme taken for the humanity action Abipraya this time that Come Donate Your Blood for the Future Children Nation. Followed up to hundreds of participants, potential donors who register not only Insan Abipraya but also from institutions around Abipraya such as employees Perumnas, employees Yodya Karya, employees Hutama Karya and students Sapta Taruna.

"This time the activity has increased from the previous blood donor action which only managed to collect as many as 88 bags of blood," said Dynna.

These improvements indicate that the greater public awareness among people to those in need of blood aid. Dynna added, through this activity Brantas Abipraya convey high appreciation to all donors who have been willing to donate blood for humanity.