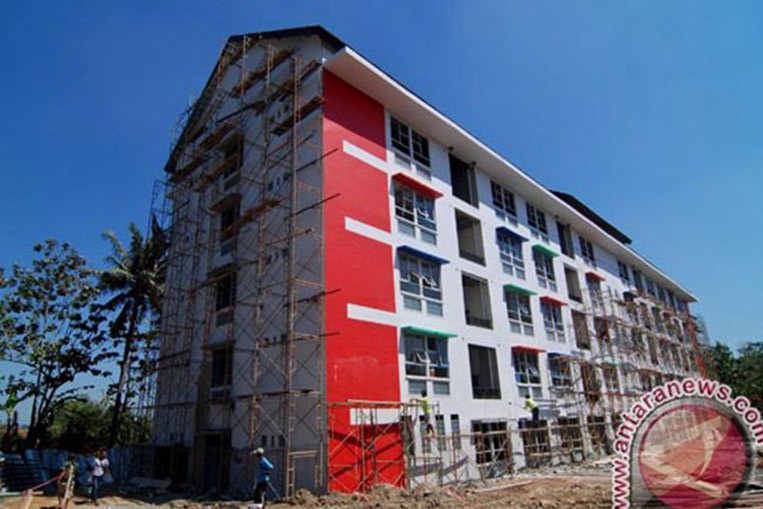 Rusunawa For Workers Some workers working on the construction of modest apartment rental (Rusunawa) for workers in Ungaran, Semarang regency, Central Java, on Friday (16/10). Rusunawa targeted for completion in November 2015 is one part of the 10,000 units of subsidized apartments built in 14 provinces in Indonesia. (FOTO ANTARA / Pradana Aditya Putra) ()

"The progress of the construction is already 95 percent, lived finishing (job completion) Target completion around December 20 so it is ready for habitation early 2016," said Head of PIU Provision of Housing Directorate General of the Ministry of Housing Provision PUPR Ir. Erizal MT to participants Press Tour Ministry PUPR in Semarang on Wednesday.

Explained, vertical rusunawa five floors consist of two towers, the two types of the first unit of type 24 totaled 104 units (rooms) and type 36 as many as 66 units and stands on an area of ​​about 1 ha