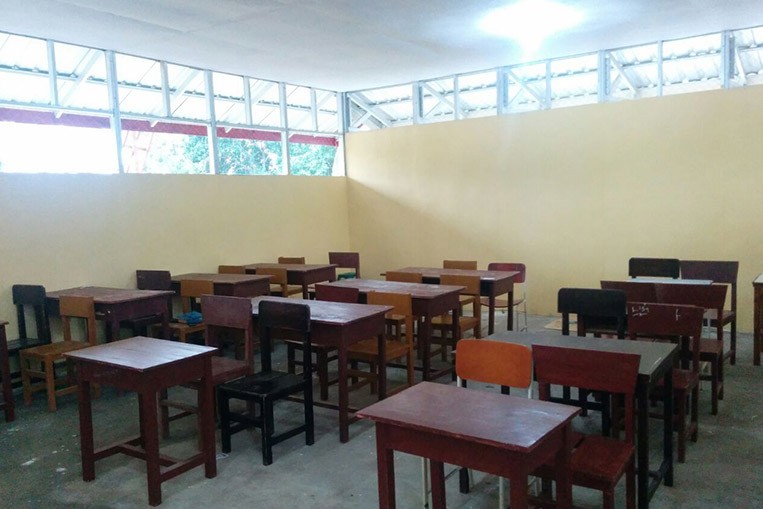 Post-quake in Pidie Jaya, Aceh, PT Brantas Abipraya (Persero) and the Ministry of Public Works and Public Housing (PUPR) continue to stand shoulder to shoulder to help the development of infrastructure at the location of the earthquake. As Abipraya done is to build a semi-permanent learning facilities for victims and targeted to be completed in early February 2017.

Dynna added, after the entire class every office building area of ​​7.2 x 8.4 square meters is completed, Abipraya will continue to build a permanent school system RISHA (Simple Instant Home Health). Previously, the post-earthquake and tsunami in Aceh 2004, the Ministry PUPR at that time also using the technology RISHA in the reconstruction of damaged buildings. Evidently, until now the building is still in good condition.

Providing the best in every work, Abipraya optimistic giving comfort to students currently studying in a school building later. This is very important, because until today, there were 92 schools damaged by the 22 schools was severely damaged, and given that the learning process will begin.

Not only to help rebuild infrastructure with the reconstruction of school buildings in SMK 1 Bandar Dua Uegle in Pidie Aceh, previously Brantas Abipraya have sent help in the form of a team of medical personnel and an ambulance unit, heavy machinery as one unit Excavator Breaker and two units Dump Trucks, as well as groceries.

"We look forward to what we have given this can ease the burden on relatives affected," concludes Dynna.