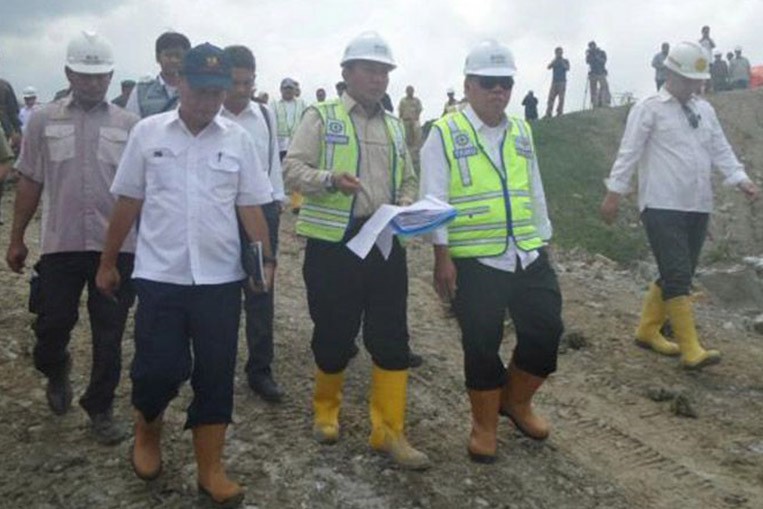 Kuningan, KOMPAS.com - Although progress has reached 16 percent, but the Minister of Public Works and Development of the People (PUPR) Basuki Hadimuljono, targeting the construction of reservoirs Brass could be completed in 2017.

"In 2017, this reservoir in order to finish as soon as possible, so that it can be utilized by the local community," Basuki said in a press release received Kompas.com, Tuesday (01/26/2016).

Head of the Cimanuk Cisanggarung Tri Sasangko Widiyanto said the construction of this reservoir has many benefits.
Among these as irrigation water in the district of Kuningan 1,000 hectares and 2,000 hectares of Brebes.

Other benefits include a source of electricity generation by 0.5 MWA and I airb supply 300 liters per second.
Reservoir is done by KSO PT Wijaya Karya (Persero) Tbk and PT Brantas Abipraya (Persero) on an area of ​​284.45 hectares with a capacity of approximately 25 million cubic meters.