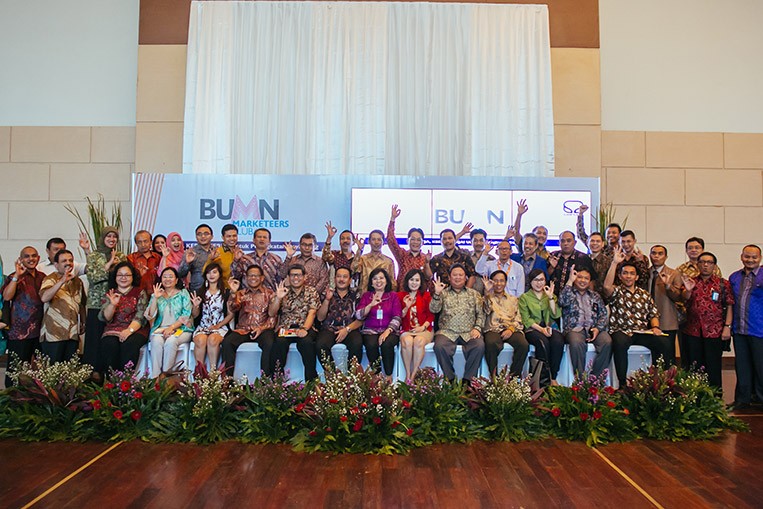 Jakarta, June 11, 2015 - When you hear the word Brantas most remembered is a river in East Java. No one, because construction companies Brantas Abipraya didirkan as a result of the expansion of Project Development Master Brantas River Basin, which is better known as Project Brantas.

Currently Brantas Abipraya are building a brand new image. "Initially it was opposed by the high-ranking us before," said Sudi Wantoko, Director of Brantas Abipraya. Mseki had resisted this move eventually kept walking. Not just changing the logo and slogan, Brantas Abipraya also develop the focus of the company.

"It's not easy to build a brand image. We want when the brand image, people are feeling the brand," added Sudi.

Previous brand image Brantas water synonymous with the word that refers to the Brantas River in East Java, which is the first project of the Brantas Abipraya. Thus, projects still ranging in the water such as reservoirs, dams, bridges, normalization. Departing from there eventually Brantas Abipraya change to continue to develop business outside of the construction and enlarge market share.

In the logo there is no change, just the word Brantas listed under the logo turns into Abipraya said. Abipraya itself comes from Sanskrit which means spirit. The focus of the work is not only as a contractor but leads from upstream to downstream with various subsidiaries. With this new brand image Brantas Abipraya develop business portfolio in construction, manufacturing, and investment.