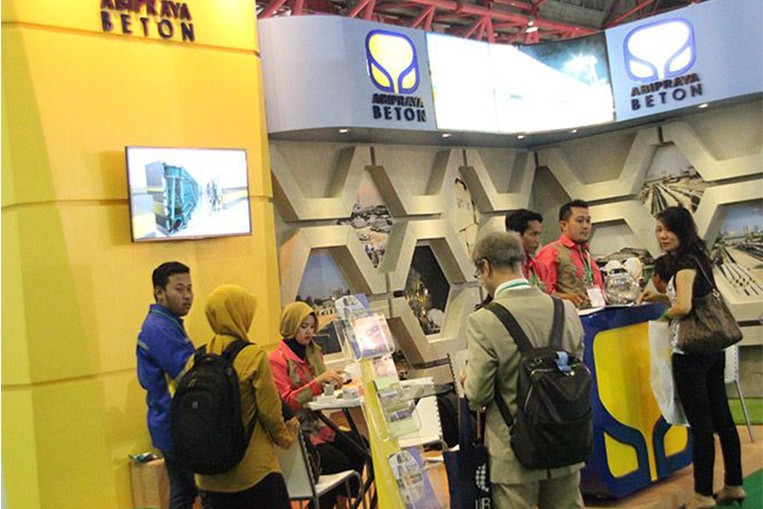 This is the third year of the exhibition was attended by more than 200 construction companies from 28 countries was held. On this occasion too PT Brantas Abipraya (Persero) participated by introducing concrete business units namely Abipraya Beton.

"Abipraya Beton officially formed early 2015's. Initially we were only to support internal production, but due to the many requests of this business unit was created. Until now Abipraya Concrete has three factories located in Sunter, Gempol and Sambas, "said Ruddy Widiono-Project Manager Abipraya Beton