COMPARATIVE STUDY ON THE PROJECT TO PT WASKITA KARYA (PERSERO) 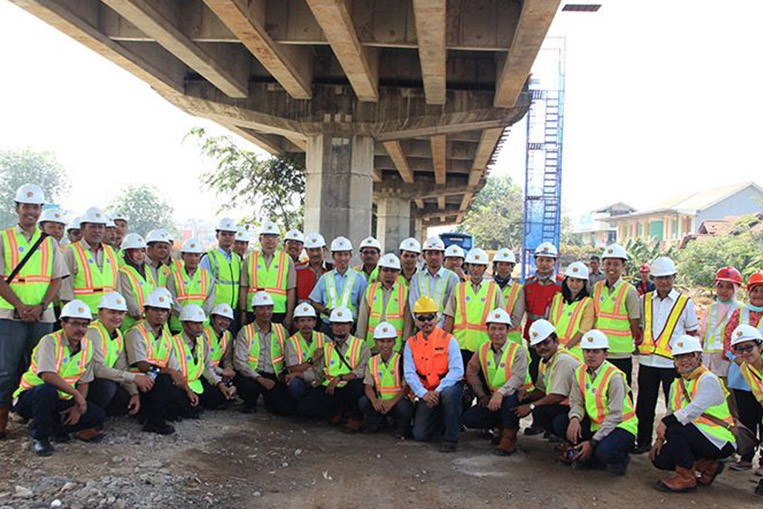 Not only visit the project belongs to Abipraya itself, in a series of Working Meeting II 2015, PT Brantas Abipraya also visited development projects Toll Road Bekasi-Cawang-Kampung Melayu or commonly referred to Becakayu. Arrived at the scene at 10:00 am, the participants Raker Abiparaya immediately greeted by Victor Anton, Head of Toll Road Project Becakayu.

Projects which had been crippled for 16 years finally began back in November 28, 2014, with locations in Jakarta and Bekasi workmanship. "After stalled yesterday, finally re-run this project because the highway is desperately needed people to break the bottleneck that often occur along Kalimalang," said Victor.

Victor also added the project had stalled because of the financial crisis. Toll Becakayu consists of two sections: Section I-Jakasampurna Casablanca and Section II Jakasampurna-Duren Jaya, Bekasi. The length is 11 KM Section I and Section II of 10.04 KM.

The project was implemented during 1095 and a maintenance day for 365 calendar days. The length of road pavement Flexible Pavement (ACWC) is targeted for completion in 2017.