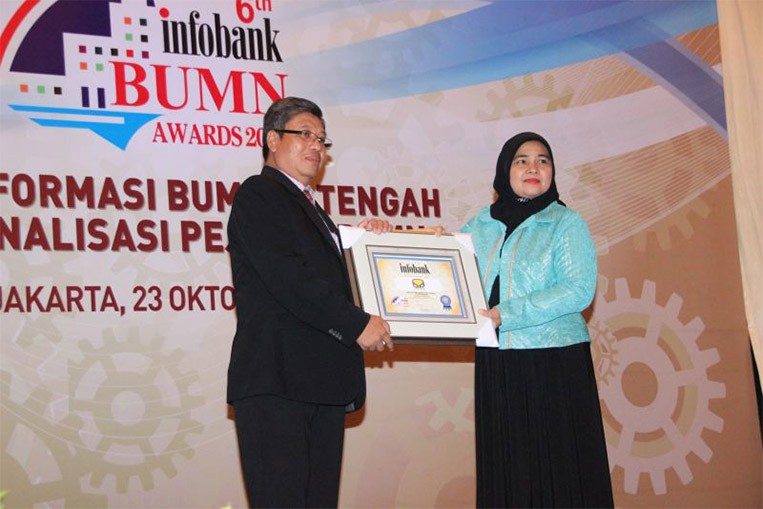 This predicate is the fifth in a row, the previous setelag bearing the same title since 2010. This success is testament to the hard work of the whole company to provide the best spirit, as the motto firmly fixed on the chest across Insan Abipraya.

Data collected by the Bureau of Research Infobank (sheep) terhadapat 119 enterprises, put the 45 companies that one satuanya is Brantas Abipraya with the predicate "very good" which is the highest title in the classification Infobank. An honor for the personnel Abipraya on this award the best financial performance. Because the credibility of Infobank Magazine is no need to doubt. Published for the first time since 1979, the magazine is believed to be one of the leading and reliable publications in the banking and financial services institution.