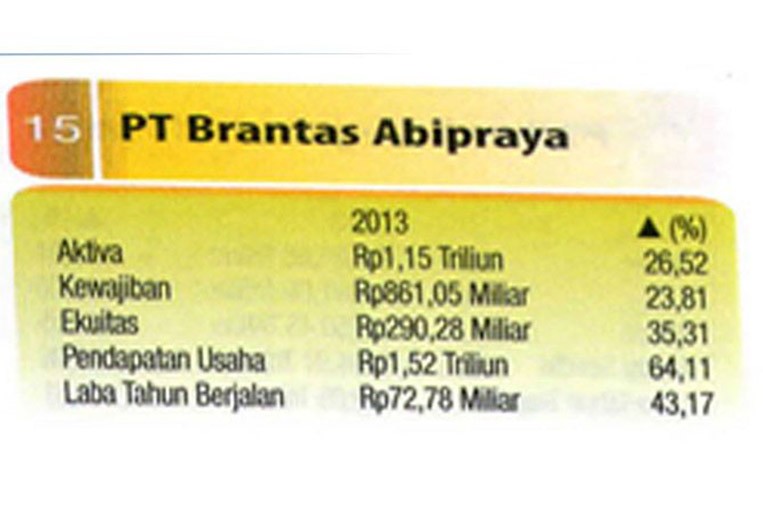 Not without reason, the toughness of the company who was called by the name Abipraya even this can not be denied anymore. Ranked number one in a row since 2010 and 2014, PT Brantas Abipraya SOEs outperform other construction such as Wijaya Karya, PP, Waskita, Housing, Adhi Karya, Nindya work, Hutama and Amarta Karya.

Convinced the increasingly tough competition in the construction industry annually Indonesia, which has made the company's core competencies as an expert building this water continues to take various measures to anticipate the free market in the era of globalization. One way is to increase the knowledge and technological skills of human resources (HR).

In addition to focusing on the projects of water resources funded by government, this time Abipraya also began to enter new market segments to expand its business. This provides clear evidence PT Brantas Abipraya committed to continue to strengthen its position in the coming years to be the best according to its motto: "Giving Spirit for the Best".