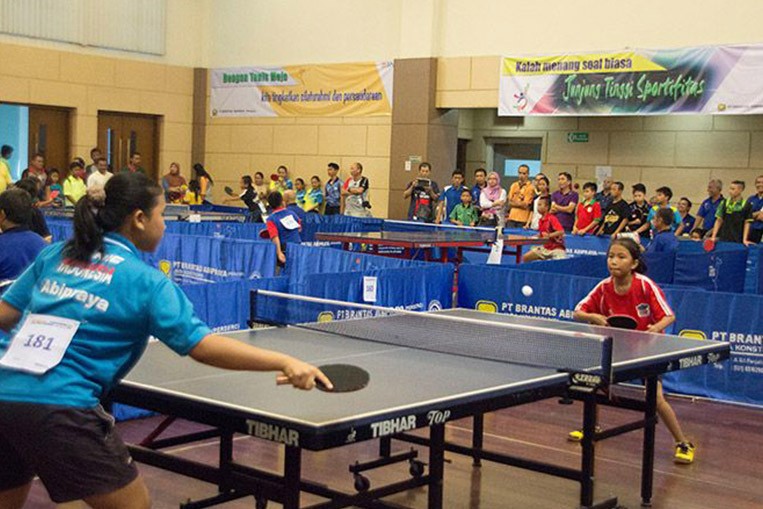 Jakarta - Abipraya Table Tennis Association held a table tennis championships. Held on 21-22 November 2015 in the Multipurpose Room 6th floor of the Head Office of PT Brantas Abipraya (Persero). The tournament was followed by six groups namely Putra Starter, Starter Daughter, Son Cadets, Cadet Women, Veteran and Executive. All this for a total prize presented by Abipraya that tens of millions of rupiah.

Of the 250 participants who followed the champion was born the following, the group Starter Son Aksa won the first winner of the AIF, the second winner is Roby of Makota Malang, followed by the third place along Nael from STONI and Waldner Abipraya. At number Beginner daughter, Alma of AIF to become the winner, followed Dewi Sugiarto of PSTTC as title II and title III together is Deby of STONI and Amel from Crown Malang.

As for the Cadet Men, first prize was won by Fernando of the AIF, Irvan Tigaroda in the position of title II and title III jointly acquired by the Nature of Satrio also Revelation of the Crown Malang. In Cadet Women, the champion I and II Bromo hired by the TTC, which Alda in position I and II Chese position. While the joint third prize was won by Debi of STONI and Dela of the Crown Malang.
On Veterans group 45, the first winner won Abipraya that Saiful Soamole second winner obtained Arkam of PLN and won third prize along Kelana of Abipraya also Wahyudi Halim from Starmas. In the executive group, Hendra Darmawan of Bromo TTC won the first place, Bambang Alva of Alvalohjinawi in second place in the position while the third prize was won by Awank DJ collective from 07 BC and Mustakim of 31 Senayan.