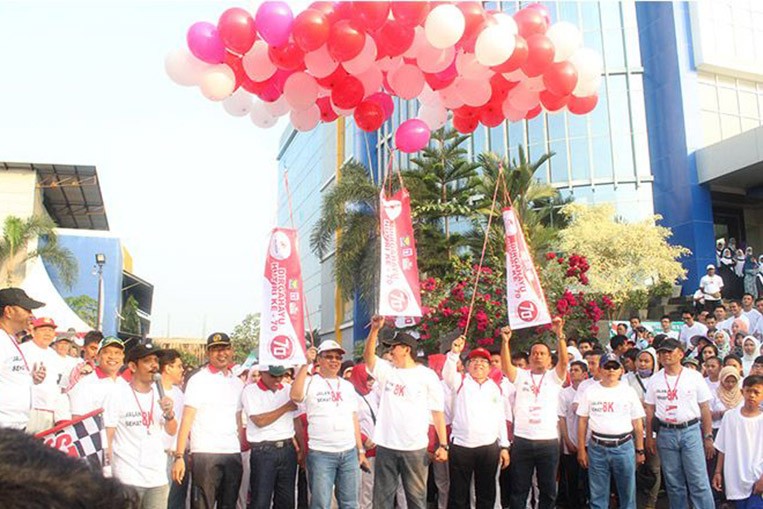 Serang, August 17, 2015 - Liven HUT RI-70, PT Brantas Abipraya, Peruri and PT JIEP held a healthy way for SOE Present State in Banten province on Sunday, August 16, 2015 yesterday. Not only the Healthy Way, add to the fun Anniversary General also held a number of races for the community, excited stage and film screenings step on the screen.

"A series of activities was organized to strengthen local communities by SOE. Besides, we also provide assistance in the form of laboratory equipment for 17 vocational schools in Banten, "said Aji Prawinto as Corporate Secretary of PT Brantas Abipraya (Persero).

Not only that, it also organizes family house surgeon for 45 veterans as well as the sale of cheap food. Symbolically aid delivered on the 70th Anniversary Ceremony of RI level Banten Province.

Residents were very enthusiastic about the program of the Ministry of State Enterprises. This is evidenced by the thousands of citizens who come from a number of areas in Banten province to follow the Healthy Way along eight kilometers. Similarly, the step screen entertainment held at Graha Pena. Residents were entertained with a dish best film work of the nation such as Laskar Pelangi, Garuda di Dada Ku and a few films made by Mira Lesmana.