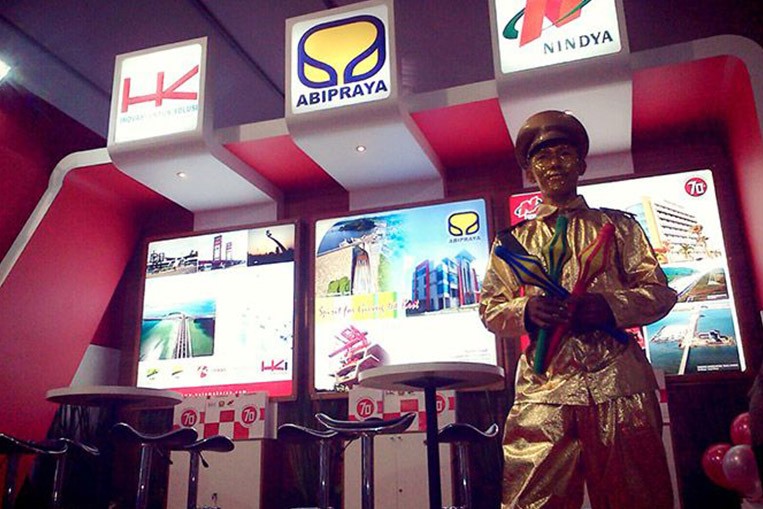 Jakarta, August 21, 2015 - PT Brantas Abipraya (Persero) participated in Indonesia Great Exhibition which was held on 21 to 23 August 2015 South Parking Gelora Bung Karno in Jakarta. This exhibition is part of the Ministry of SOEs with the theme "SOE Present To State" in order to enliven the independence of the Republic of Indonesia 70th.

Enlivened by dance performances Ondel-Ondel, reog Ponorogo until Marching Band, the opening of this exhibition was opened by the Minister for State Owned Enterprises (SOEs) Ibu Rini Soemarno by beating a bass drum.

An event synergy among SOEs, of course, the exhibition was quoted by state companies like this to introduce its products to the public. As one of the state-owned company, Abipraya participated together SOE Other works by showing pictures of flagship projects. In addition to showing superior product salty respective SOE, Indonesia Wonderful exhibition which lasted for three days this will also be a Silahturahim among SOEs.