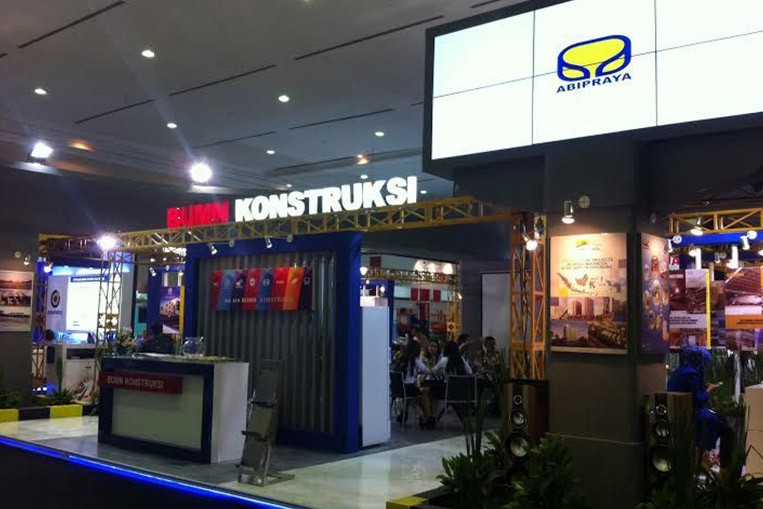 Jakarta, November 6, 2015 - The largest exhibition of infrastructure in Indonesia "Indonesia Infrastructure Week 2015 (IIW 2015)" was held at the Jakarta Convention Center on November 4 to 6 yesterday. PT Brantas Abipraya (Persero) participated in this event. The exhibition has become a meeting place directly between companies engaged in infrastructure and abroad by customers.

The exhibition was opened by Vice President Jusuf Kalla, who was accompanied by the Minister of Public Works and Housing, Basuki Hadimuljono, as well as the Minister of Communications and Information Technology, Rudi Antara. In his speech, Jusuf Kalla said Indonesia is still lagging infrastructure construction. This resulted in delays in economic activity in Indonesia.

Also present on this occasion the Director General of the Ministry of Construction PUPR Yusid Toyib which is also one of the Commissioners of PT Brantas Abipraya (Persero). At the opening of the exhibition, he said, IIW 2015 is an opportunity for business people and all stakeholders to appreciate the world of construction services. IIW 2015 is expected to improve the competitiveness of the labor and construction works in the country to face competition from other countries. He considered the ASEAN Economic Community (AEC) in 2015, foreign workers easier entry into the country