Students Know Archipelago Through "SOE Present for the Nation" 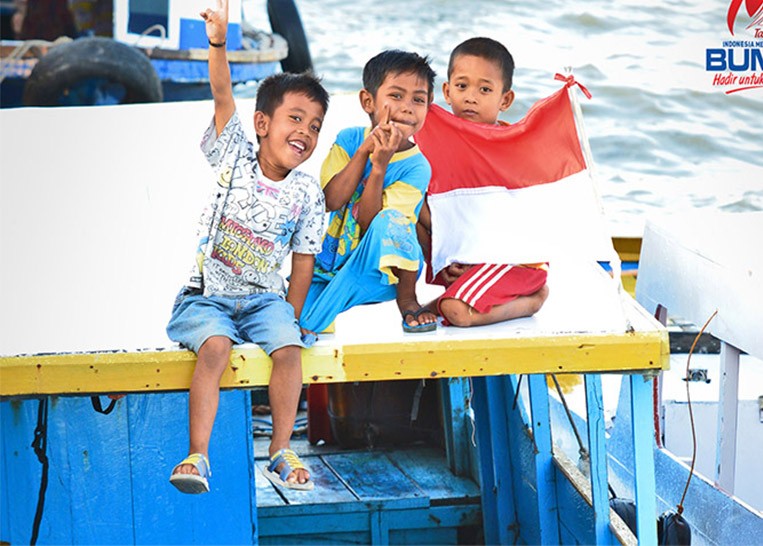 Indonesia is a country with abundant natural resources and is decorated with a variety of diversity, ranging from the thousands of islands that adorn the equator, with a range of cultural, regional language, ethnicity, race, religion and belief, and others, but was able to stand up as the Unitary Republic of Indonesia as an embodiment of the slogan "Unity in Diversity", which means different but still one nevertheless.

Through the Program Students Know archipelago, the Ministry of SOEs expect young shoots next generation, should be able to maintain and preserve the culture of Indonesia beloved nation as we continue to advance civilization. This expectation is also part of "building the understanding of stakeholders (stakeholders)" regarding the role of the Ministry of SOEs and state-owned enterprises to participate in "Building National Capacity (National Capacity Building) through the younger generation successor to the nation".

Implementation Program Students Know Archipelago initiated by the Ministry of SOEs and facilitated by state companies which have a working area in 34 province all over Indonesia. The activities carried out by the exchange of high school students throughout the country in 2015 by the method of providing the opportunity for 17 high school students of class XI in each province, who proportionally represent the City / Regency in each of the province. Participants are sent to other regions for two weeks during the school holidays, to know each others cultural diversity and natural wealth of others. Selection of students is done through a system of selection by SOE PIC activities in each province in collaboration with the Department of Education based on the criteria (requirements) that has been set, and in the implementation of activities will also be coordinated with the Provincial Tourism Office. Announcement of selection is done through circulars to schools issued by the Education and Culture Provincial level (Office), and the SOE website Present To State http://untuknegeri.bumn.go.id

The program starts in the series of Independence Indonesia Commemoration 70 years, and is expected to become an annual event that will be conducted regularly in the coming years, making it a sustainable program.